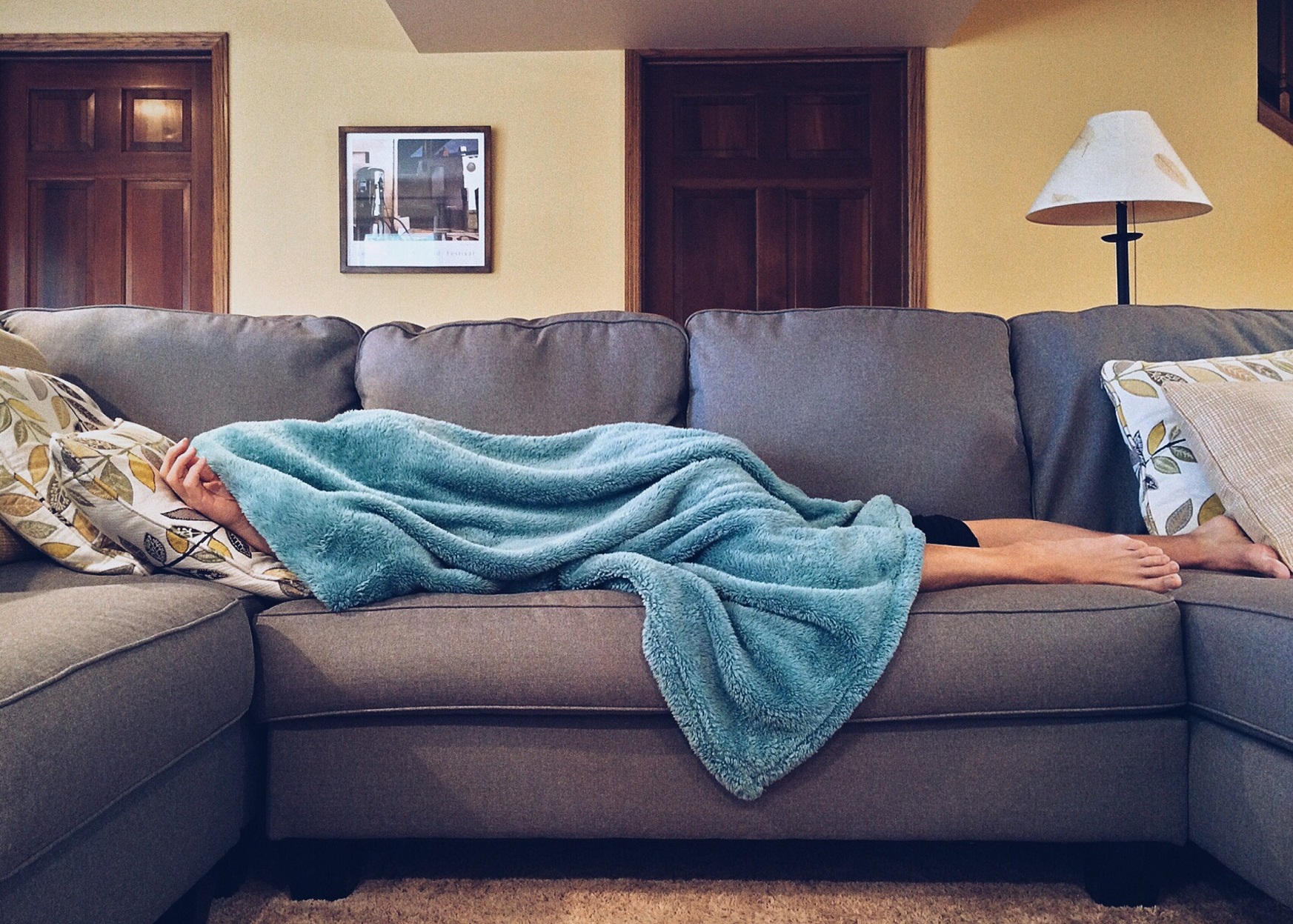 The last thing you might expect with severe fatigue is difficulty sleeping. However, disturbed sleep is a feature of adrenal fatigue for the majority of sufferers, with most aware they are waking at similar times of the night. These disturbances in sleep often link in with a need to urinate or increased stress levels during the previous day. Understanding what can be done to manage these episodes is important, as good sleep is the foundation of healing.

Sleep occurs in five stages. Stage one represents the halfway house, a state of very light sleep where you are still semi-conscious and paralysis of the limbs has not occurred; as a result, people often kick out their arms or legs in reaction to mental images. Stage two is similar, only with increased paralysis of the limbs. It is stage three and four where the deep sleep occurs. This is where most of the repair and renewal take place, and where most of your daily growth hormone is released. Spending sufficient time in these two stages is crucial for providing your body with an effective platform for recovery. The fifth and final stage of sleep, REM or rapid eye movement, is associated with vivid dreams, although dreams do occur in all stages. A sleep cycle features all five stages and people normally complete a cycle in ninety minutes.

The simple act of falling asleep actually involves the interaction of multiple neurotransmitters and hormones. In adrenal fatigue, cortisol levels are markedly disturbed, which causes fluctuations in the release of both adrenaline and melatonin; poor sleep is the end result. Melatonin is a hormone released by the pineal gland in the brain, and it’s numerous effects include taking us into a state of deep sleep. Its release is inhibited by cortisol and by light. As a result, the flicker of a laptop screen before bed or raised cortisol levels in the evening reduces the release of melatonin. This pattern is often seen in stage two of adrenal fatigue, the resistance phase, where the release of cortisol remains excessively high to cope with perceived demands. Sleep is not good at this stage.

The ‘crash’ arrives, along with the all-encompassing fatigue, when cortisol levels drop. This marks stage three of adrenal fatigue, the exhaustion phase. Unfortunately, sleep gets no better; cortisol levels cannot maintain blood glucose effectively between meals or during the night, ensuing the release of adrenaline as compensation. While this reaction maintains life and avoids a hypoglycaemic coma, it also activates the sympathetic nervous system, the branch of the nervous system that makes us alert, anxious and wired. Waking at regular times during the night is a reliable sign of compensatory adrenaline spikes. Using herbs such as valerian root in stages of adrenal exhaustion can actually cause unexpected and paradoxical reactions; when the body has registered a definite requirement for adrenaline release, suppressing it with otherwise-gentle herbs like valerian can cause a counter-response and an even larger adrenaline release (this can also occur when the neural conditions are disturbed, although this is beyond the scope of this article). In any case, it is key to remember that the adrenaline is there for a reason – to compensate for a lack of cortisol.

Supporting cortisol levels is therefore paramount in maintaining a deep and restful sleep until the morning. Arguably the most important nutrient in this regard is vitamin C, and every individual with adrenal fatigue should have taken steps to find their ideal intake of the essential nutrient as cortisol production cannot occur without supply of ascorbic acid. As explained in a separate article on adrenal fatigue and vitamin C, most people with the condition will require between 3-4,000mg each day. Pantothenic acid, also known as B5, also plays a vital role in the production of adrenal hormones and should be addressed.

Although optimising intake of these two vitamins appears enough to restore good sleep in many, lots of individuals will need to provide further support. Although not everyone gets on with adrenal extracts and licorice root, they can both be excellent tools to boost output of steroid hormones from the adrenal cortex, providing more stable levels of cortisol in circulation. This then removes the requirement for the sympatheticoadrenal system to pour copious adrenaline into the bloodstream. Adrenal extracts or licorice root with an evening meal, or before bed, should be considered here – as always, taking an adrenal stress index and speaking to a knowledgeable practitioner is essential in these situations (self-navigation is not advised).

Beyond the management of cortisol levels, there are other steps you can take to increase the likelihood of a solid night’s sleep. As mentioned above, one of the most common reasons for waking during the night is the need to urinate. Seeing that you are well-supplied for sodium is very important in this regard. At my clinic, I recommend liberal use of unrefined sea salt for most individuals with adrenal fatigue. Magnesium supplements and a moderate amount of potassium should also help with hydration, and allow you to hold onto the water more effectively. Magnesium is also a muscle relaxant and a potent inducer of deeper sleep – it is no generalisation to say that almost everyone needs more magnesium, regardless of adrenal function or hydration.

Sleeping in the dark can make a big difference too. Thin curtains that let in street light inhibit the release of melatonin and result in increased tossing and turning. The creep of landing lights does the same. Black-out blinds and turning off any light-emitting electronics make a world of difference to the quality of sleep you experience. If you do not have a black-out blind, I suggest you invest in one.

Good sleep may be one of the most under-rated aspects of improving health and healing the adrenal glands. It may also be one of the most abused aspects in treatment protocols, but good healing does not occur without good sleep. Whilst good sleep is clearly a gift, understanding the causes of sleep disturbances and taking the appropriate steps makes it a gift you can give yourself, night after night.