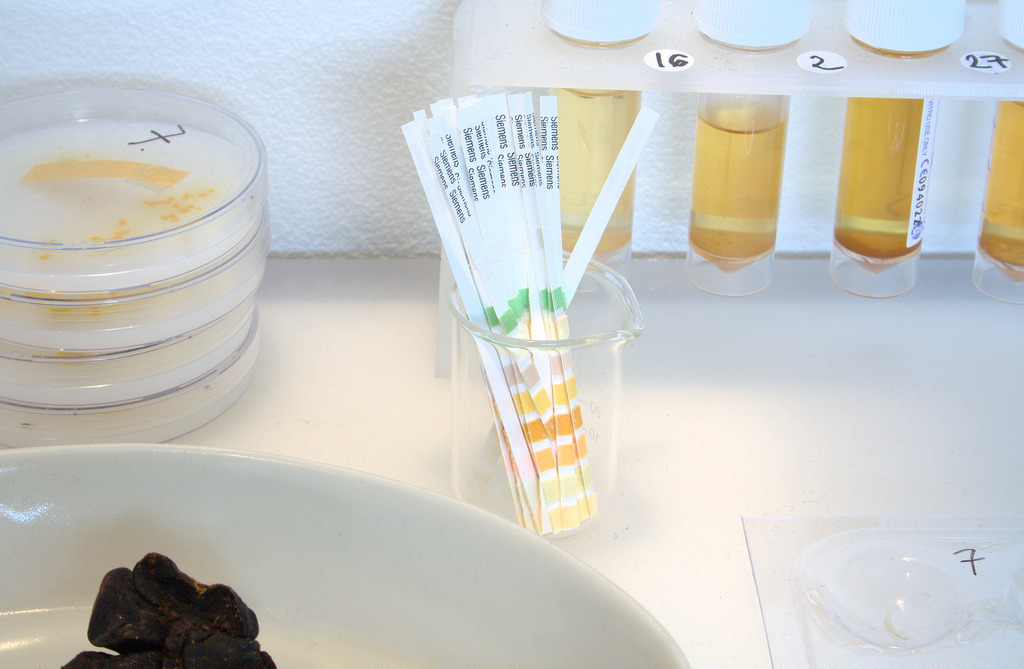 For sufferers of adrenal imbalance, there can be a huge number of unanswered questions and a lack of people with sufficient knowledge to answer them. We know that adrenal balance affects the function of the liver, digestive tract and immune system. We know it affects the metabolic rate and sleeping patterns. But how does it affect the pH of the body and how should we respond to this?

Without launching into a biology lecture, pH is an acronym for ‘potential of Hydrogen’ and the pH scale runs from 1 to 14. The lower the number, the more acidity. The opposite is true for alkalinity. Purified water (free from contaminants and minerals) has a pH of 7, which is neutral. Venous blood has a pH of 7.35-7.45, slightly alkaline, which the body maintains carefully. Fatty acids and amino acids, formed from the breakdown of fats and proteins respectively, unsurprisingly cause acidity. This is the reason why many internet ‘experts’ warn about the ‘overconsumption’ of meats and fats.

This concern is misguided. I say this because, under normal circumstances, the body regulates the pH well regardless of the acid load. It does this by using minerals provided in the diet (in extreme circumstances, it can also borrow minerals like calcium from the bones). It can also do this through the sacrifice of glutamine. However, the biggest factors in controlling pH is the amount of bicarbonate (an alkali compound) made by the pancreas, balanced against the acidic effects of carbon dioxide, lactic acid and ketone bodies. Respectively, these substances can accumulate due to shallow breathing, overexertion/mitochondrial dysfunction and low-carbohydrate diets. Yes, there’s a lot more to consider than just how much meat you’re eating.

When it comes to sufferers of adrenal fatigue, there are two primary factors that might affect the individual’s pH. The first surrounds the reduced levels of cortisol and aldosterone, which affects most (but not all) with lowered adrenal function. These two steroid hormones work together to retain sodium within the body; when this doesn’t happen, excessive sodium is retained. This is may be offset by increased retention of potassium, but there may be a very minor net loss of alkali minerals. This is why the provision of additional sea salt remains a popular recommendation among all practitioners familiar with adrenal fatigue.

Mitochondrial performance also plays a role. Any disturbance of adrenal hormones normally leads to reduced output of energy from the Krebs Cycle (which is aerobic). As this is where the majority of the body’s energy comes from, this disturbance can wreak havoc. Unsurprisingly – in a machine so complex and so exquisitely sculpted by evolution – alternative pathways of energy production exist. By this, I refer to glycolysis, the fermentation of glucose (which is anerobic). This provides energy quickly, but does so at a cost: for every bit of energy produced, so too is lactic acid. In large amounts, this creates the ‘battery acid’ feeling that is familiar to athletes running events like the 400m and the aching limbs experienced by sufferers of fibromyalgia. The same process is at play in both. The build-up of lactic acid can result in lactic acidosis, which makes the bloodstream acidic. This is one area that additional alkaline buffers can be helpful to avoid forcing the body into compensating.

Beyond increasing intake of sea salt, individuals who wish to add additional alkalinity often go for green juices, potassium broths, lots of fruit and bicarbonate of soda. Sea salt helps a lot. Green juices can be quite well-absorbed and bring a number of benefits; the same cannot always be said for bicarbonate of soda, and potassium broths and fruit can also cause problems.

The problem with the latter two is that they often yield far too much potassium. This alkali mineral is normally very helpful for most; the weight of evidence suggests that we, as a species, evolved to consume much higher amounts of it than we currently do. However, almost all sufferers of adrenal fatigue have low levels of aldosterone. This steroid hormone exists to retain sodium and push out potassium; when this action is not occurring, individuals easily become low on sodium and end up with much more potassium than is ideal. When they add more potassium without a decent serving of sodium, they feel particularly bad and may notice increased fatigue, dizziness and general apathy.

Bicarbonate of soda is often an issue. Often billed as a ‘miracle remedy’ for a whole host of ailments, I am yet to see anyone with adrenal issues benefit from taking it. However, I have seen a lot of people make themselves worse (in many cases, ignoring that the slump occurred upon the introduction of their ‘miracle cure’). The problem with bicarbonate of soda is that it can tip the body into alkalosis, the exact opposite of acidosis; both of these issues interfere with enzyme function, immunity and well-being.

But perhaps the main reason not to play around with bicarbonate of soda is due to the effects it has on digestion. A highly alkaline compound, it will disturb the pH of the stomach, which needs to be highly acidic in order to break down proteins and ionize minerals. If this does not occur, you do not absorb either; good luck trying to recover without protein and minerals! There are ways that bicarbonate of soda can be used successfully, but this often requires specific timing and the use of hydrochloric acid supplements (almost all adrenal fatigue sufferers do not produce enough of this themselves).

Interventions of this kind should not be made without confirmation of an acidic state that is unresponsive to more gentle steps. To this end, the pH should be measured, as should the electrolytes in the blood stream. Additionally, it remains important to consider the causes of any increased acidity; the organic acids test remains an excellent option to gain an insight into the general conditions of the body as well as check for excessive levels of acidic ketone bodies.

Overall, individuals with adrenal fatigue who are concerned about their pH should heed the following observations:

1. More than half of individuals with adrenal fatigue will lean towards acidosis (due to mitochondrial inhibition, and the resulting production of ketones)
2. Most individuals who self-treat their ‘acidosis’ make themselves worse by over-alkalising and ruining their digestion
3. For most, improvements may be yielded by awareness of your symptoms/well-being in response sodium, potassium, green juices, and adjusting your intake accordingly
4. The use of other alkalising agents should not be done without the overview of a professional measuring the pH of venous blood and/or an organic acids test.

Perhaps the most important thing to bear in mind is that adrenal imbalance can definitely disturb the control mechanisms for balancing pH, but this does not always result in a distorted pH. Equally, eating a sensible and suitable diet while improvements take effect remains the priority; because enhanced adrenal function automatically restores the body’s biochemical harmony, most people will recover fully from adrenal fatigue without ever addressing their pH.